Position title: Author, teacher, co-founder of The All We Can Save Project, and co-host of the podcast A Matter of Degrees 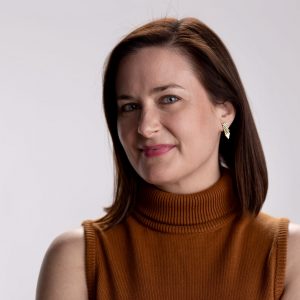 All We Can Save: Leaderful is the Way Forward

Inclusive climate leadership is about more than fairness. A growing body of research shows it’s a critical strategy for a life-giving future. In this keynote, Wilkinson draws on her viral TED Talk, which has nearly 2 million views, and the acclaimed anthology she co-edited, All We Can Save, which features writings by women at the forefront of the climate movement. The climate crisis and its solutions are best understood with a kaleidoscopic lens, Wilkinson explains, and whatever your unique superpowers are, there’s a role for you in this diverse ecosystem of transformation.

Katharine Wilkinson’s books on climate include the bestselling anthology All We Can Save (2020), The Drawdown Review (2020), the New York Times bestseller Drawdown (2017), and Between God & Green (2012), which The Boston Globe dubbed “a vitally important, even subversive, story.” Wilkinson cofounded and leads The All We Can Save Project with Ayana Elizabeth Johnson, in support of women leading on climate. She also cohosts the podcast A Matter of Degrees, telling stories for the climate curious with Leah Stokes. Previously, Wilkinson was the principal writer and editor-in-chief at Project Drawdown, where she led the organization’s work to share climate solutions with audiences around the world.

A homegrown Atlantan, Wilkinson holds a doctorate in geography and environment from Oxford, where she was a Rhodes Scholar, and a bachelor’s degree in religion from Sewanee, where she is now a visiting professor. Time magazine featured her as one of 15 “women who will save the world,” and Apolitical named her one of the “100 most influential people in gender policy.” Formative months spent in the Southern Appalachians, as a student at the Outdoor Academy, shaped her path.